The European Commission organised its third European Vocational Skills Week between 5 and 9 November 2018. It is a group of hundreds of local events all over Europe to highlight the value and importance of vocational skills and vocational training – both initial and continuous. The flagship event of the week is always a conference offering a great networking opportunity for various stakeholders. While the first two such conferences took place in Brussels, this year the Austrian Presidency of the EU started a new tradition by offering to organise it in Vienna. Next October the central events will take place in Helsinki under the Finnish Presidency. Parents International signed its pledge for the European Alliance for Apprenticeships during the event in a beautiful public ceremony, and we immediately started discussions with VET providers to fulfil our pledge.

The most important part of the Vienna events was a conference on the future of skills and vocational training, based on an ongoing project steered by CEDEFOP, the EU’s institution for vocational training development. Research results on the years 1995-2015 show that popularity of vocational training as well as quality and enrolment rates are still very different in various parts of Europe. While the general aim would be to both ensure/increase quality and define vocational pathways as a first choice, there are several unknown and debateable elements that could have a major effect on the future of the sector.

There is a need to find balance between immediate and future labour market needs as well as between specific and general skills and competences in VET (also for well-being and active participation).  Vocational training is becoming real lifelong learning. Some skills are acquired early in life, some during formal secondary education, more and more in different forms of tertiary formal education, but also through non-formal provisions be it at the workplace or by an external provider.

As it happens during the VET Skills Week, there is a need to involve all main stakeholders in designing the future. Employers and trade unions as well as the providers and their teachers/trainers are more or less always part of these discussion, but it is equally important to listen to the voice of trainees and to involve the parents in it.

The frame for discussions has been set by the Director of UNESCO-UNEVOC, Shyamal Majumdar who clearly made the case for strong and modern VET for achieving Sustainable Development Goals, and not only SDG4 on Education. He also reminded participants that VET needs to be put in a global perspectives as both skills and labour market are global. Vocational training needs to be inclusive, have a lifelong learning approach (school to work to school…) and become greener. Quality and innovation are key when discussing the modernisation of vocational training. He also forecast a major trend change in higher education by an increase of the share and attractiveness of universities of applied sciences.

In the Vienna conference the voice of learners was strongly raised by the European Apprentice Network. They clearly demanded a holistic approach, not to have the needs of the labour market in mind, but also the needs of learners and human beings. He recalled that many young people who chose higher education pathways are already disappointed – or take a vocational pathway after receiving their degree in parents’ experience. At the same time for initial VET to be an equally or more attractive path they demanded policy to make immediate and short-term commitments to solve quality issues in vocational training, to make mobility possible for all, to ensure the voice of learners and apprentices is heard, to make further education fully accessible for VET students and create good learning conditions. Trade unions also highlighted the need to ensure quality employment conditions. 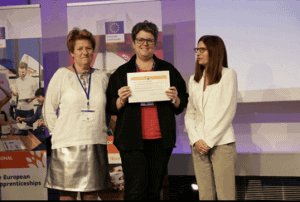 The European Alliance for Apprenticeships celebrated its 5th anniversary during the conference. It was also an opportunity for new member to sign their pledges, and Parents International did so in a nice ceremony. We have promised to develop, pilot and implement training for teachers and trainers for making the Guidelines for Parental Involvement in VET and Apprenticeships a reality in Europe, and also to support VET providers with communication tools and skills to involve parents from before enrolment. After signing the pledge, we also had a separate meeting with two major VET provider organisations, EUproVET and EVBB, as well as the European Commission to start this work. 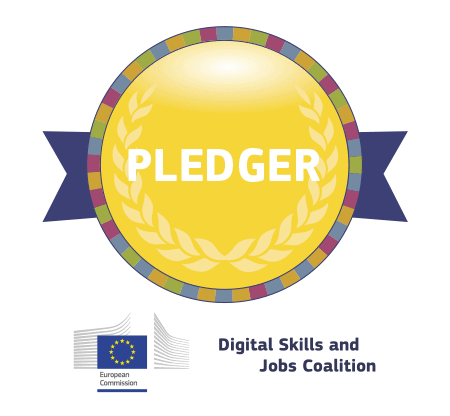 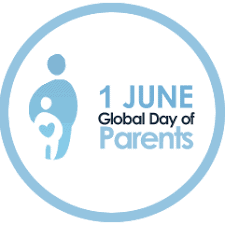