Digital citizenship, the myth of digital ’addiction’, screen time and screenless devices as well as creative coding were some of the topics covered at the international DigiLitEY meeting in Riga on 21-22 June 2018. Experts from Australia, the United States and various European countries discussed these topics and analysed inspiring practice focusing especially on children aged 0 to 8. As we are approaching the end of this COST Action, a parents’ awareness raising campaign is also taking shape and was discussed by the special task force working on it during a half-day session. 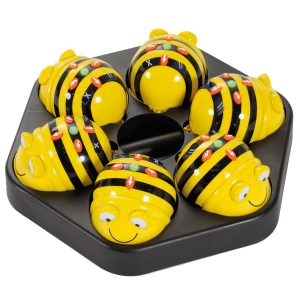 Stephane Chaudron (Joint Research Centre) gave the initial inspiration by describing her research results on young children’s digital skills. It is totally clear that digital technology is only part of children’s lives, and as for use and abuse it is important to put down a cornerstone: children copy adult behaviour. According to this research children use technology for leisure, creating things, learning, collecting information and communication.

Parental moderation is most often only about limiting ‘screen time’, much less about limiting content, and only at a small extent about support or co-usage. It is also clear that less knowledgeable parents limit more while more skilled ones tend to support more. It is also clear that the more positive parents’ attitudes are towards technology, they more they support their children.

School usually supports a more positive image of technology if the children have tasks they need technology for solving. In the case of the target age group, 0-8 technology use is mostly happening at home, and their digital literacy is patchy and risky.

Food for thought about ‘technology addiction’ and ‘too much screen time’ was offered by David Kleeman (Dubit) and Sonia Livingstone (LSE). David Kleeman highlighted that screen time is a useless measure as there is a variety of uses and they qualify differently. The real problem is out-of-balance media use, but not only in the case of technology, it may happen with books. He also highlighted that there is a paradox of choice: children are often unable to find content they like because there is too much available.

Both speakers were talking about the negative effect of lots of scary communication towards parents. In this respect, later on, Elisabeth Milovidov, digital parenting coach asked the audience to google ‘internet addiction my child’ as compared to ‘internet well-being my child’. If you do this exercise, you will see for yourself the difference in the number of hits. She also reminded everybody that internet can be more addictive for those who are forbidden to use it.

In relation to addiction David Kleeman asked the (partly rhetorical) question if gaming addiction is an individual condition or part of other pathologies. When somebody is depressed and stays in bed, we don’t say that they are addicted to their beds. As most parents are also constantly online, there is a need to define a new normal with regards to technology use. It can be the basis for finding the border between addiction colloquially versus diagnostically. He suggested to use the notion of ‘functional impairment’ rather than addiction.

He also offered some solutions: time management tools where the children (alone or together with the parents) can pre-set when to go to sleep, using slow, reflective media, introducing classic play in daily routines, ethical media design by companies and efforts to increase media literacy.

Sonia Livingstone claimed that everything that is considered scientific data publicly, but also in professional circles, is about harm caused by screen time. Most of this data refers to correlation as if it was casualty. The current initiatives on banning phones in the UK (and France) are a result of this and a major backlash on BYOD (bring your own device) programmes that have evidence-based results.

In real life there would be a need to find the balance between risks and opportunities, but as the discourse is all about risks we need to fight for the recognition of benefits. Some of these benefits were highlighted from her new publication, Families and Screen Time showing how parents support their children in the digital home and who is offering support. According to research the second most frequent activity families do together is watching TV or movie, family meals being in the lead. It is also clear that parents often use technology to support the learning of their children. Parents are guided by several sources, the most often used source is the internet itself, but they are very likely to figure things out on their own, rely on advice by friends, relatives or their partner. The lack of solid guidance leads to anxiety, while parental mediation should not be about restriction, but enabling – luckily already the pre-dominant parental approach in practice.

Along these lines the parental awareness raising campaign will be launched soon, and we will share and promote it on these pages, too.

Becoming a more entrepreneurial parent – apply for our trainings

We are offering two trainings to parents, especially parents who wish to also support other parents based on the material...

Parents International is a member of the European Education Policy Network on Teachers and School Leaders, and has contributed to...