The Second European Education Summit, hosted on 26 September 2019 in Brussels by outgoing EU Commissioner for Education, Culture and Sports, Tibor Navracsics was focusing on one element of formal education, teachers. The parents’ voice was brought to the Summit by Parents International where we also had the opportunity to present the work done this year in the European Education Policy Network on Teachers and School Leaders, focusing on the attractiveness of teacher and school leader careers.

When opening the Forum, Commissioner Navracsics recalled the priorities, especially those in the European Education Area plans. He emphasised several times, not only in the opening, but also later in another session that these are mutual priorities, while education should remain fully national competence in his opinion. He claimed that education is back at the top of the EU agenda and said it should stay there and become the social elevator again. In his opinion the way to achieve this is to have excellent teachers, and for that there is a need for proper training, more autonomy, less administrative work, as well as higher salaries and prestige to attract new generations.

Mario Monti, former Prime Minister of Italy and former EU Commissioner shared his belief that social mobility is still possible, and it is something teachers can encourage, but also discourage. He also believes that the new President of the European Commission, Ursula von der Leyen is committed to delivering on the European Education Area and to introduce a Child Guarantee, while her priority in education seems to be around digital literacy. He emphasised that European values need to be included in education as well as protecting climate as a common good, so an ethics of ecology and pedagogy of solidarity are necessary.

An emotional keynote by a teacher from Belgium, living with sclerosis multiplex, Christoph Schiebold called for individualised and discovery-based education for all. He called education systems and schools to respect that every child is different and develops at their individual individual pace. Thus, the goal of education and the role of teachers must be to help them grow towards their personal perfection. For this, you need to understand that perfection is omnipresent, but it does not mean fitting any kind of template. He told the audience that it was his health condition that made him think like this, and also to come to the conclusion that there is a need to take the teacher out of the learning equation, they are there to guide children in their learning journey. He called for teachers to find perfection in imperfection and for education systems to aim for educating critical thinkers, empathetic, caring global citizens with resilience.

Li Andresson, the new Minister of Education of Finland announced the first joint meeting of the Councils of Finance and Education Ministers of the EU. She praised the current European policies related to the Social Pillar and the European Education Area. Having said that, she called for more future-oriented education systems in the EU, focusing on digitalisation and artificial intelligence, the need to boost lifelong learning policies for re- and up-skilling, and providing incentives and motivation for lifelong learning. She also emphasised that for success we also need people on the ground to put policies into practice. She announced that the role, status and training of teachers will be the topic of their Presidency Conference in December.

At the session entitled ‘Are teachers the neglected cornerstone?’, Pasi Sahlberg, the well-known Finnish education expert called for changing cornerstone to cornerstone to project a dynamic notion on the role of teachers. He highlighted that teachers are often not prepared for the multiple challenges of current school realities they are facing. While they indeed need to take on new tasks, policy should also tell teachers what they can drop, especially in administration. He called for Ministers of Education to spend a lot of time in the classroom to understand how the reality of school has change in order to create well-founded policies. He also highlighted the need for collaborating with parents and also with non-education professionals. He also called for a change of focus of education in order to focus on happiness and well-being as they are not there anymore to train productive workers for the assembly line. This shift would also provide the way to tackle cultural diversity and multilingual classrooms.

In an interesting intervention Iris Eliisa Rauskala, the Austrian Minister of Education called for focusing on good results. In her opinion the fact that 85% of Austrian teachers are satisfied in their jobs is a value on its own regardless the fact that they see little impact of their work on their students. At the same time, she also mentioned that teachers lack training in teaching the children they actually teach.

In a session on the attractiveness of the teaching profession very different views were presented by Ministers of Education from Finland and Malta. While in Finland teacher satisfaction is closely linked with the trust in teachers, from Malta there was a call for more discipline in schools to ‘make it possible for theachers to teach’.

In the same session, a school teacher from Estonia, Margit Timakov listed a number of important factors from a practitioner’s perspective: trust, autonomy, good training, good salary, induction and continuous mentoring, providing for mental health, good physical, psychological and social environment in the school, and more flexibility in both training and recruitment (also making teaching attractive for those who want to opt for a career change in their 30’s-40’s. She also called the attention to the difference between statistical and structural teacher shortage.

The event was held on the European Day of Languages, so the session on languages was of special importance. EU policy is officially still pursuing the language of instruction and learning two ‘foreign’ languages, there is no mention to mother tongue. Thus, it was a nice addition that Sweden presented their policy ensuring the right to mother tongue, an initiative clearly leading to better inclusion. Multilingual experts called for a needs-based approach to language learning as a way to success (highlighting that passing an exam is not considered to be a valid need here).

In a session on STEM/STEAM education European Schoolnet presented some very discouraging statistics from their survey done in 2018. According to this, an overwhelming majority of STEM teaching is still in the form of traditional direct instruction (79%). They emphasised the need for motivated and recognised teachers, innovative pedagogy and creative curricula, encouraged by industry. For leaving the silos of discipline/subject, there is a need for revamping student assessment. This is closer to reality than most think in Flanders, Belgium where 80% of secondary maths teachers had no maths major.

A session that was supposed to be on common values in diverse classrooms somehow became a strange anti-Muslim session, while the last session on bringing companies and schools together called for guidelines for collaboration – something we have been working on as experts with the Council of Europe.

Commissioner Navracsics called this forum, gathering a high number of Education Ministers, stakeholders, industry and practice together for the second time hoping to create a tradition. We will see if it will become one with education being hidden mostly in the portfolio of the Commissioner for Youth and Innovation in the 5-year period of the incoming European Commission. We will be there to bring the parents’ voice. 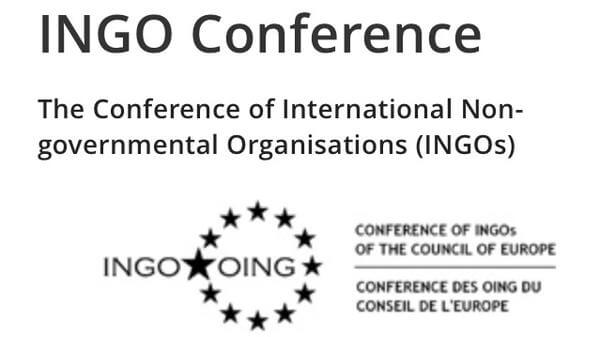 Special session of the INGO conference of the Council of Europe

Due to the COVID19 Pandemic this year, it was not possible to hold the Conference’s live summer session, a special...

The conference organized by the Basque VET Applied Research Center (TKNIKA) was rolled out virtually and Parents International was represented...