On 1-2 September, our members and partners had the opportunity to meet in the beautiful and inspiring NHOW RAI in Amsterdam for the Parent Summit 2022. Originally planned for 2021, but postponed due to difficulties for non-EU colleagues to enter the country, it was a great opportunity to take stock of what we have achieved until now, showcase our results and materials, and to look into the future. We have also received an invitation to Georgia (the country, not the USA state) and we are planning to hold the next Parent Summit there in October 2024.

The Summit was opened with two inspiring presentations. The first one was by Prof. Janet Goodall, the Chair of our Advisory Board: Parental and family engagement-what we know and where we’re going. In her presentation, she highlighted the need for major changes at school, in teacher training, but also in the society. The second keynote presentation was by Prof. Debbie Pushor who was in the Netherlands for the ERNAPE Conference as a lucky coincidence, and stayed for our event. She talked about parent efficacy in and outside of school. Both keynote speakers emphasised the importance of equal, balanced relationships between parents and teaching professionals. Both talks sparked lively discussions in the Q&A session as well as during the rest of the conference. The cut versions of both presentations can be found in our YouTube channel.

The keynote was followed by a colourful array of workshops, most of them showcasing Parents International’s work. The Summit also provided the opportunity for interested guest to participate at the multiplier event of the Parenting Together project. A number of Summit participants also took part in a focus group discussion that validated the contents of the SAILS resource we have just written for parents to support their children in navigating digital waters.

Four guest presentations by our members were also among the workshops: Judit Regős (Parents’ House, Hungary) had one on building communities of families, Maly Danino (Nitzan, Izrael) talked about parent coaching and supporting parents to become case managers of their children, Paata Amonashvili (Amonashvili Academy, Georgia) introduced their work and methods offering us the possibility to publish their papers in English for free use, and Esther Maeers (University of Regina, Canada) presented her work on parental engagement through everyday objects.

We had a solid ground to build the event on. By the Summit, Parents International has had 67 Members, with two more joining by decision of the Board, at the event. We have been able to cover 22 of the 27 EU Member States with members from another 4 European countries represented that are not EU members. We have worked hard on recruiting members from other continents, and we have members from all continents accept from Antarctica. Our membership is especially growing in Africa and Asia, but Latin America is also “catching up”.

In the past 3 years, since the previous Summit, we have worked as an independent research organisation and our work has been published in journals, invited to be presented at prestigious research conferences, and served as a basis for developing practical tools such as toolkits, trainings and policy documents. We have received EU-funding for 18 projects – most of them still ongoing – with outcomes used not only in Europe, but worldwide. It is not only our membership that is growing, but also our team – a necessity to cover the jobs ahead of us. Some Advisory Board members have also just joined project teams.

Publicly shared material of the Summit is collected on Google Drive here: https://drive.google.com/drive/folders/1fXGpUDBsO3i96jVYmW-4pOVehQudMIWV?usp=sharing

EEPN reserach 2022 published – we are in it again

In the third and last year of the European Education Policy Network on Teachers and School Leaders (EEPN) has just... 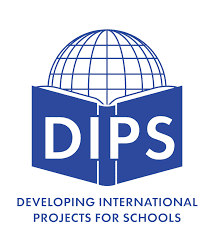 Parents International was invited for the first, but it seems not the last time to an annual training held by...