The Child Up project was dealing with child agency and especially the agency and recognition of agency in the case of migrant children. It is a crucial element of their inclusion. We were invited to contribute on practice related to this topic. The input from our Director, Eszter Salamon was highlighting on some aspects we rarely consider, and also on how engaging parents can support child agency.

When it comes to adults understanding that children have agency and supporting its development, it is worth having a historic look at how much adults have trusted children that they are capable of doing things. Jesper Juul, the renown and recently deceased family therapist from Denmark raises this issue in his last book, Leitwölfe Sein (Be the leader of a pack of wolves) that has not yet been published in English. In the book, he calls parents to behave like the leader of a pack of wolves normally behave: set directions, allow all members to fight for their status, but support the weaker ones. However, he also mentions that the later – the key to child agency – is a moving target, the view of parents on this has been changing over time. The child rights movement has tried to make all adults understand that children are rights holders and have agency on their own right. Juul makes a link between this and the women’s rights movement. In 2022, it is difficult to believe that even a few decades ago women were not allowed to open their own bank account without their father or husband signing it off in some European countries, and we still don’t see the full emancipation of women. And the suffragettes had chained themselves to tailings about a century ago. The UN Convention on the Rights of the Child (UNCRC) is only a little over 30 years ago, and children – especially younger children – are unlikely to start a juvenile suffragettes-like movement. So it is up to the adults in their lives, especially their parents, to fight for the recognition of their agency. Hopefully, in the case of children it will not take more than a hundred years, but in this area again we are very far from being there.

At the same time, American parenting approaches are becoming popular in Europe. The USA, being the only country in the World that has not and most probably will not ratify the UNCRC, does not believe in child agency. Parents can even be punished for what the Americans call free range parenting, parenting that believes in child agency. These ideas have first entered Europe at about the same time as the child rights movement started. As a result, there is already a younger adult generation, becoming parents or already young parents these days, who were not as free as children 40-50 years ago where. It seems that the generation of European parents who were born during or shortly after the WWII still understood that children are capable of a lot of things and can be trusted.

When families arrive from outside of Europe, their children often have experiences with the recognition of and support for their agency. They are often trusted much more than their European-born counterparts. So, why is it different at school? Why a whole large-scale project was built on supporting the agency of these children at school?

We believe that it is not a migrant issue, but rather an amalgam of different elements that are more prevalent in certain migrant children – not one-by-one, but present at the same time: social disadvantage, linguistic register, age and considering the multiple inclusion needs of the child. We say certain, because the whole picture changes if you don’t only focus on children who are third country national, but also on EU migrants. Why do we face different challenges in education when we look at for example Italian or Polish migrant children in the Netherland than when it is Syrian or – to stay within Europe – Ukrainian migrants.

There is a good reason why nearly all programmes that are designed to support the inclusion of Roma children in Eastern Europe work brilliantly for “migrant children”, more precisely for children who come from similarly difficult backgrounds, from challenging socio-economical situations, often have parents who have low education levels and fear from the “authority” school may have over them.

We have also experienced that the case is also similar when it comes to language. Teachers – while totally capable of adjusting their linguistic register to children – struggle with communicating with parents of these children. The reason is more often the linguistic register than the total lack of language skills. Again, what works in Roma inclusion, can also work in the case of migrant parents. Often, there is also a lack of related cultural knowledge on the teachers’ side, this is why our Parent’R’Us programme has been so successful – parents belonging to these groups, be it Roma or migrants – building the capacity of both their peers and that of teachers.

Linguistic register is a crucial question in designing classroom activities. A very important finding of research that our colleague, Luca László has emphasised often, shows that tackling children as “migrants” may mislead you in analysing learning outcomes as it easily leads to mixing up lower learning outcomes as a result of a child struggling with the vocabulary of Mathematics with having lower skills levels in Mathematics. A migrant child may already find it easy to communicate with their peers on everyday topics in the language of instruction, but may not have the vocabulary to express themselves in the language of certain subjects. Allowing children to work in the language they feel comfortable with leads to much better school results – and AI translation is already at a very high level, so teachers can easily understand what they are producing.

Very often migrant children are considered as one block, but just in the case of any other children, their agency is developing over time, thus the age of children is an important factor in considering their agency. In this, parents are again crucial as in the case of young children, especially with yet limited capacity, they are the ones who can facilitate agency. It starts really early. We know from research that even 2-year-olds are capable of establishing rules in their playgroup and also of keeping to these rules. This is a crucial moment as it is the age (sometime between 18 months and 2 years) when self-awareness is born.

One last element that is often neglected when a project or programme is tackling migrant children en bloc. Being migrant is just one factor in the needs of a child. If you don’t remember that a migrant child may also e.g. be physically disabled, dyslexic or especially talented in Mathematics, and you include them in a “migrant” programme, the needs of the child will not be met.

Thus it is crucial to have a holistic approach to child agency that is built on considering the multiple inclusion needs of each child, be them migrants coming from third countries or anybody else. What the Child Up project calls “hybrid integration” is a totally unnecessary discrimination of migrant children or just what we mean by inclusion. As inclusion is a term that we have been trying to make policy makers and practitioners understand and implement for a long time, and there are improvements, introducing a new, difficult-to-understand and mostly superfluous term may do more harm than good.

Our Open Schooling in STEAM education Horizon 2020 project, PHERECLOS is ending soon, and the final conference, the Lay of... 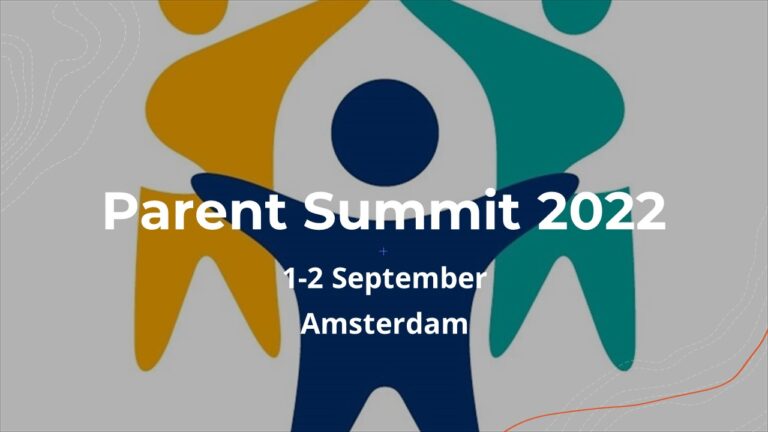 On 1-2 September, our members and partners had the opportunity to meet in the beautiful and inspiring NHOW RAI in...